If you don’t know what Dilli Darlings is, you have successfully dodged my Instagram-documented crazed descent into Dilli Darlings fandom. Simply put, it’s like the Indian version of the ‘Real Housewives’ series, but there’s so much more to it and I’m super obsessed with the show but I decided to tone the crazy down and calmly present this academic analysis of the show, divided into 5 parts :

It weaves a narrative of what it’s like to live life ‘queen-sized’ (their words, not mine) in the country’s capital city. It follows characters as they attend kitty parties, club parties, charity parties, costume parties, cruise parties, anniversary parties, dog birthday parties… err you get the drift.

It also gives us a peek into their private lives, with capsules on their home life and introduction to their husbands, kids and even insight into how they hire their maids.

The show’s first episode introduces every character where they share their life philosophies like ‘Criticism is like dandruff, dust it off and move on’ or ‘I make sure I do everything to be the centre of attraction in the room’. Reported quotes do no justice to the chutzpah with which these lines are delivered. Here’s a brief description of the key characters

An aspiring actress with a very distinct & probably unintentional Jersey Shore style (big hair & fake eyelashes). She’s very fun-loving and loves doing ‘masti, flirting, dancing’. Oh, the dancing is quite unforgettable. She’s tiny enough to raid her teen daughter’s closet (which her daughter rages over) She is the ‘bubbly’ one of the group who also follows a strange practice of feeding a black cat on Tuesday, Thursdays & Saturdays for good luck.

No-nonsense homemaker with a penchant for DIY jewellery & crafts. She is a devout Krishna bhakt who makes sure she puts up videos of her singing bhajans on Facebook, but promises she is a ‘bomb’ when she leaves the house. Great wit and doesn’t take insipid insults lying down.  She got a glass staircase installed in her house because she loves the sound of her heels clacking as she makes her entrance.

Owner of Ministry of Beer, she’s the ‘queen of good times’ and can totally be counted on to stir up drama and trouble. And she does it quite well, egging on others to plan counter-parties as the same time as someone else’s, planning games to suss the snitch out, and plotting how to get revenge. But to her credit, she’s a great sport even when people recite sarcastic shayaris against her. That’s Manya for you, always smiling & calling you ‘baby’ even when she’s seething.

A naive, sweet-tempered woman who loves shopping in ‘Razouri market’, she’s easily the most likeable character. She’s not got a single malicious bone in her body, and is the first to speak up when the others are being too mean. Even her insults are adorable! When you first watch the show, your eyes can’t handle the over-the-top blonde hair and feathery outfits, but she’s got a good heart and you just accept the gaudy style as one of her quirks (giant gold flower statues on wall et al). 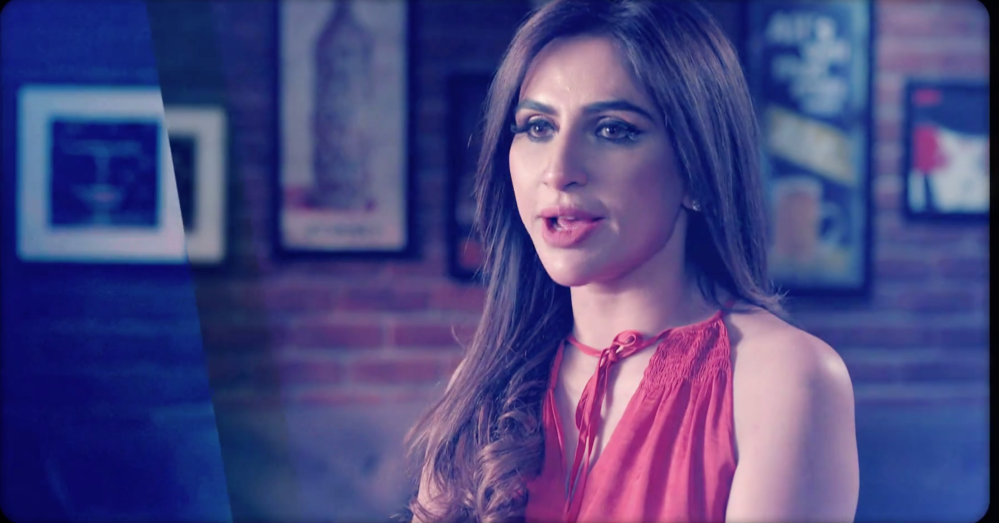 Fav line: I’m too glam to give a damn

She’s a pageant queen and it shows: in the way she holds herself, her fashion, her conversation style and even how she handles showdowns. Certainly the most non-Dilli Darling, she’s a great foil for the craziness the others bring. But she can get kind of boring precisely because of that (show me the dramaaa)

The self-proclaimed ‘Boss Lady’ of the group, she is HILARIOUS. At the beginning of the show she comes across as the villain, just keen on promoting her event management firm Starbuzz at every opportunity (see, she’s mentioned it a gazillion times that even I know it now) She’s always late to all the parties and says ‘Darlings, you know my work na’ and this always leads to friction among the others who say ‘Why does she make us homemakers feel bad about our choices?’ Love it. She doesn’t mince her words because, as she says, ‘I am a Punjabi, mess with me and I’ll cut you in half’.

Owner of a vast car empire, she wants just the best of everything. Best house, best car, best life. And looks like she’s living it. She’s very prim & proper with not a single strand out of place and reminds you of an *extremely* good girl from a convent school. She also likes to handpick her husband’s outfits for him every morning. Because either the man has terrible style or it’s a weird wifely duty one has to follow.

The owner of a boutique called Mastaani, she claims that she throws the best kitty parties in Delhi and claims people ‘die to be a part of Pari’s kitty’. She’s also quite traditional – she keeps mentioning how ‘hamara family mein yeh sab allowed nahi hain’ and ‘first time mera husband mujhe permission de diya stall banane ke liye’ (my eyes popped at the “permission” word)

There are other characters as well like Sona – badass grandma with a thriving beauty salon, Guneet Virdi – hilarious makeup artist who voices what all of us are thinking (‘yeh birthday party hain, banquet hall mein kyun rakh diya bhai????’) and Bhavna Singh who is the anti-thesis of a ‘Dilli Darling’ with her leather jacket-motorcycle riding self. They seem like supporting characters because they don’t attend too many kitty parties, but when they do it’s quite interesting

The show style is pretty much standard reality show. It involves characters speaking directly to the camera, sweeping drone shots of the city, some pretty obviously staged reactions and characters (esp Deepshika) awkwardly break the fourth wall several times to the point where you don’t know if it’s intentional or whether the show producers just gave up trying to tell them ‘arrey camera se baat mat kar’

There are several moments where you’re pretty sure it’s scripted, just by the way it’s shot. E.g. you have the close up shot of the mother’s hand as she is knocking on the door, the camera on a mid shot on the daughter who is already inside asking ‘yes what do you want?’. The mother and daughter then have a back-and-forth with changing camera angles. It then ends with the mother speaking to the camera like ‘Ooof kids these days’, shrugging and walking away.

The show does have its poignant moments that humanises its characters. Like how once Rashmi gets honoured for something at an event and everyone’s praising her, and she rushes home without even having dinner to share the news with her family. But when she gets there no one is awake, and she only has her 2 dogs for company. It puts the spotlight on loneliness and personal ties that all the money in the world cannot buy.

It’s a great show to watch after a tiring day of work. It’s got all the right ingredients to keep you entertained: glamour, outrageous remarks and high-octane conflict that are resolved with an extended conversation the next day & a hug. It’s also a great way to improve your Hindi (as I have discovered much to the dismay of my friends who now have to deal with my Dilli Darling dialogues)

More than anything I think this show appeals to our base desire to both love & hate the rich. It’s very easy to ridicule these women for their over-the-top outfits, their frivolous drama, their worries in life (‘oh my godddd ek aur party? Mein kya pehnu???’) But at the same time you get to vicariously live a lavish life through them, see how they keep themselves occupied and escape into a world where the biggest concern is picking a theme for the next kitty party. It’s vapid and frivolous and top-level cringe at times, but damn it, it’s entertaining and guarantees laughs.

So just keep your brain in your pocket, try not to find logic or inconsistencies and just sit back and enjoy watching a bunch of women living their best life.